A Message from The Bureau of General Services Queer Division 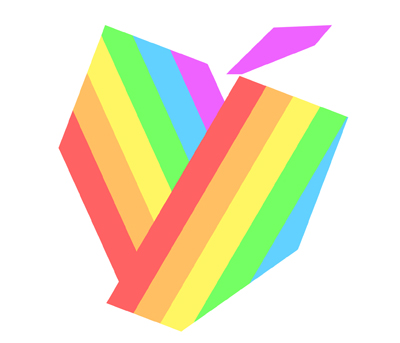 If you are new to the city, recently out, just looking for friends, or whatever experiences brought you to us – we offer a safe space where we can mingle and talk about our experiences as an LGBT person in New York City. We hold our meetings on the second Wednesday of every month from 8-10 PM at the Bureau of General Services—Queer Division. We recommend this 20Something Meetup to anyone who is looking for a more casual space to explore their sexual/gender identity. There will be light refreshments. Bring friends!

Suggested donation of $5 to benefit the Bureau and 20Something. No one turned away for lack of funds.

20Something is the largest social events organization for young lesbian, gay, bisexual, and transgender people in New York City, aged 21 to 30. We hold a monthly social, and two monthly icebreaker/discussion groups at the Brooklyn Pride Center and at the Bureau of General Services—Queer Division, the queer cultural center and bookstore on the second floor of The LGBT Community Center, in Manhattan. With more than 2,500 members, we engage young adults across all 5 boroughs with a safe, confidential, and respectful platform to meet other LGBT folk. Many of our members have made long lasting friendships, relationships, and have been connected to important LGBT services and resources. Whether you are new to the city, recently out, or just looking to make friends – 20Something offers a space for you to pave the way to your own adventures in New York City – and make living here a little easier. Become a member: meetup.com/20SomethingNYC.

The Bureau is located in room 210 of  The Lesbian, Gay, Bisexual & Transgender Community Center at 208 West 13th Street, between Seventh Avenue and Greenwich Avenue.

The Bureau is wheelchair accessible. All-gender bathrooms are available. 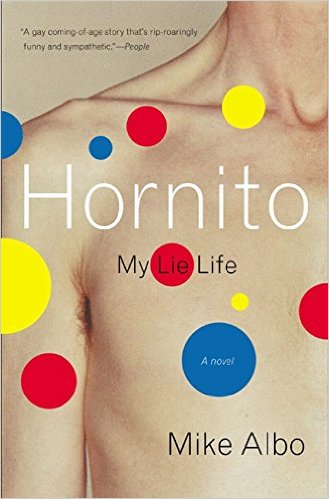 I slept on this one when it came out in 2000 but luckily I finally read it.

Hornito vacillates between the life of a gay kid in the suburbs trying to stay alive physically, mentally and spiritually, and his adult self hanging out in the queer scene circa 1990’s NYC. Trying to find love, or decide if he even wants to find love, while dealing with the dirtiness the world associates with being gay and the constant fear of either contracting or giving someone else HIV.

The book is labeled a novel, but it’s clearly a mixture of Albo’s own life, his wild imagination and the clever devices he uses to create a wickedly funny, first person narrative that makes you want to be his silent wingman forever.

Albo is a master at turning nostalgia against itself. As I furiously flipped pages immersed in his 70’s childhood I found myself relating to the sights sounds and smells of the time period. No detail spared, it was hard not to feel like I was there, but just as I was recalling playing with the same toys or listening to the same music the tone would change.

“When I was a kid I looked deep into the cruddy misshapen plastic faces of my soldiers and Galactic Man toys. They would hold their weapons and helmets and rayguns with their fixed wartime expressions, but I would look for the feeling in them. I would stare at them and wait for their faces to crack and for them to sigh and say something like “I’m really really homesick” so that my life would have an emotional crescendo.”

In the last quarter of the book, when his teenage diary joins the party, juxtaposed with ultra-dreamy thoughts about Eric, his current unattainable lover, the writing becomes almost musical. Overlapping in a way that is so beautiful you don’t really want to separate what is happening to Mike at 15 or Mike at 27. It’s like two different instruments playing the same song, only one is slightly out of time.

It’s ironic that Albo proclaimed at a reading “All writing is lies,” because his novel made me feel privy to his (I mean “his character’s”) deepest secret thoughts. And his thoughts aren’t always redeeming,  which is totally refreshing in a world that holds up one set of standards for straight white male writers and expects either totally positive role models or stereotypes as exotic pleasure from everyone else.

Maybe it’s the first-person vantage point that makes it all feel so true, or maybe the “this is just a novel” shield protected Albo, the writer, so Albo, the character, could totally slide off the rails. All I know is that writing that seems this natural takes a lot of hard work and some of Albo’s sentences are so perfect they gave me what Hornito’s lead character would call “Cry-mouth.”

“While I was storytelling to Eric, I got cry-mouth: that involuntary yawn like contortion of the face as you suppress huge, huge tears. I have absolutely no control of myself around Eric, which means it will end soon because my attraction to him is at too high a temperature, and bacteria die in heat. It will end the way weak insects end, how a happy childhood ends, or a sitcom ends and then begins its sad, paler life of endless repeats in syndication.”

Albo may not be a household name yet, but he really should be because this isn’t just a great book by a gay writer, it’s a great fucking book period. Maybe because it feels so subjective, the book achieves it’s opposite, a larger appeal. It’s about growing up, fucking up, falling in love with the wrong people, being treated like shit for not fitting into the roles forced on you and admitting it hurts. Cry-mouth and all.

The Julie Ruin is proud to announce that we have officially signed to Hardly Art, a label we are very proud to be on especially alongside one of my favorite bands (Tacocat). Our record, called HIT RESET, comes out on July 8th but Pre orders are available now!  And you can take a listen to one of our songs if you click the link above.