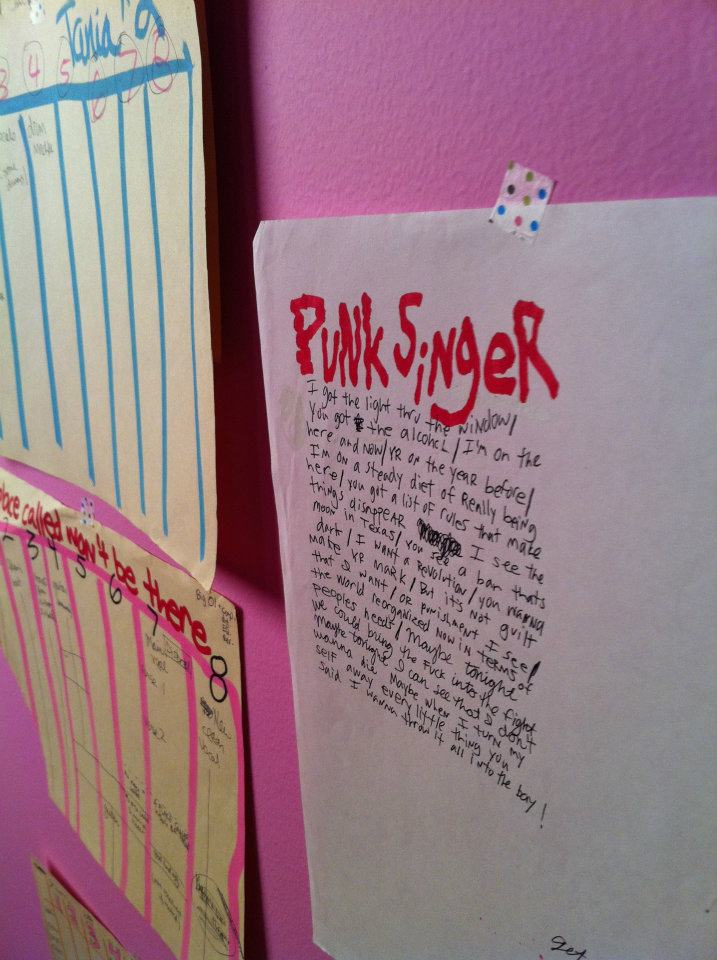 When Sini Anderson first approached me about making a documentary about me, I was unsure. It didn’t seem like a good time. I was on my way to meet her to tell her I couldn’t do it when I realized I was about to make one of the stupidest decisions of my life. I mean, how lucky am I that the RIGHT person showed up asking to document my life?

I know she’s the right person, because I know that even if I come off as over dramatic or cocky or even a total jerk, it, for sure, won’t be boring. Every time I get freaked out I think about the documentary about Valentino called The Last Emperor, and in it he comes off as a total primadonna, but, he’s honest and he let himself be seen, truly seen, and that made him loveable and compelling. Sini has made me want to “be seen” in a way I never felt comfortable with before, and that’s a pretty special talent.

Sini has made this movie for nothing. She has no trust fund she’s milking, no backers with checkbooks. The crew have shown up knowing they weren’t getting paid, slept on couches, borrowed lighting kits and one of them has been lugging a mountain worth of equipment by herself on a plane for an entire year. The editor, who I am sure is working into the night as I type this, has refused to quit even though he hasn’t seen a dime. Thing is, the whole thing is shot now and without funding the whole project is going to be shut down.

I’ve only seen the 5 minutes that just got put up, some of which is pretty embarrassing (spoiler alert:I cry and my chin quavers) but it is shot beautifully and I’m excited to see how it comes out. I hope if your interested in documentary film making or my work or both, you’ll check it out and maybe throw them a few bucks. It’s not my movie, I’m just in it, but I’ve seen how hard it’s been for them to keep going with no funding and I truly believe that it will be great, even if I look like a corny old lady in a captain’s hat!